What is Foreign Direct Investment in India?

Investment opportunity for a foreign entity or entities or person(s) to invest into the Asia’s 3rd Largest Economy (India).

What are the different routes to enter into India?

An Indian company may receive Foreign Direct Investment under the two routes as given under:

Automatic Route.          FDI is allowed under the automatic route without prior approval either of the Government or the Reserve Bank of India in all activities/sectors as specified in the consolidated FDI Policy, issued by the Government of India from time to time.

Government Route.      FDI in activities not covered under the automatic route requires prior approval of the Government which is considered by the Foreign Investment Promotion Board (FIPB).

Application can be made in Form FC-IL, which can be downloaded from this link.

The Indian company having received FDI either under the Automatic route or the Government route is required to comply with provisions of the FDI policy including reporting the FDI to the Reserve Bank.

What is the ceiling limit under Automatic Route for various sectors?

Which are the sectors where FDI is not allowed in India?

FDI is prohibited under the Government Route as well as the Automatic Route in the following sectors:

What are the instruments for receiving FDI?

Foreign investment will be treated as FDI only if the investment is made in equity shares, fully and mandatorily convertible preference shares and fully and mandatorily convertible debentures with the pricing being decided upfront as a figure or based on the formula that is decided upfront. Partly paid equity shares and warrants issued by an Indian company in accordance with the provision of the Companies Act, 2013 and the SEBI guidelines, as applicable, shall be treated as eligible FDI instruments w.e.f. July 8, 2014 subject to compliance with FDI scheme. The pricing and receipt of balance consideration shall be as stipulated in terms of A.P.(DIR Series) Circular No.3 dated July 14, 2014 as modified from time to time.

What is Incorporated Entity?

Incorporated Entity means a Company or entity formed and registered under the Companies Act, 2013 or under any other previous Company Law.

What is Unincorporated Entity?

Unincorporated entity means an establishment or entity not formed and registered under Companies Act, 2013 or under any other previous Company Law.

What are the modes of payment allowed for receiving Foreign Direct Investment?

Is there any time limit to issue shares /convertible debentures under FDI Scheme?

Further, Reserve Bank may on an application made to it and for sufficient reasons permit an Indian Company to refund / allot shares for the amount of consideration received towards issue of security if such amount is outstanding beyond the period of 180 days from the date of receipt.

What is Joint- Venture?

Joint- Venture is a partnership agreement between two or more entities or persons to incorporate a separate entity for carrying on particular economic activity in which each partner take an active role in decision-making.

What is Wholly-owned Subsidiary?

Wholly-owned Subsidiary means an Indian subsidiary company in which foreign entity has 100% stakes in its capital.

What is Project office?

Foreign Companies planning to execute specific projects in India can set up temporary project/site offices in India. Such offices cannot undertake or carry on any activity other than the activity relating and incidental to execution of the project. Project Offices may remit outside India the surplus of the project on its completion, general permission for which has been granted by the RBI.

What is Liaison office?

Liaison office acts as a channel of communication between the principal place of business or head office and Indian activities. Liaison office can not undertake any commercial activity directly or indirectly and cannot, therefore, earn any income in India. Its role is limited to collecting information about possible market opportunities and providing information about the company and its products to prospective Indian customers. It can promote export/import from/to India and also facilitate technical/ financial collaboration between parent company and companies in India. Approval for establishing a liaison office in India is granted by Reserve Bank of India (RBI).

What is Branch office?

Foreign companies engaged in manufacturing and trading activities abroad are allowed to set up Branch Offices in India for the following purposes:

— Carrying out research work, in which the parent company is engaged.

— Representing the parent company in India and acting as buying/selling agents in India.

Permission for setting up branch offices is granted by the Reserve Bank of India (RBI). It may be noted that retail trading activities of any nature is not allowed for a branch office in India. 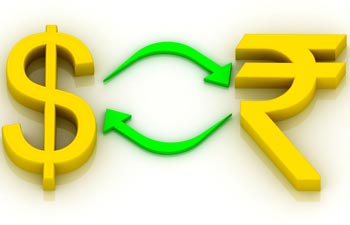